The Apology is the longest and most comprehensive of the Lutheran confessions. The title “Apology” identifies the writing as a defense, not an expression of regret. Philip Melanchthon wrote the Apology as a defense of the doctrine contained in the Augsburg Confession. He covers dozens of theological topics in the work, several at considerable length.

The Confutation was part of the strategy used by Roman Catholic theologians and Charles V to return the Lutheran territories to the Roman church. This goal helps to explain the irenic tone of the Confutation. The Confutation identifies many points of agreement and is mild in its rebuke of Lutheran deviations. This mild rebuke fits with Charles’ promise of a fair hearing and the efforts to restore separated Lutheran churches to the Roman fold. However, behind this irenic tone there are teeth to the document. The Confutation is the Roman response, and in the mind of Charles, the final answer to the theological debates and his Luther problem in the Empire. This intention is clear from the conclusion of the Confutation:

“His Imperial Majesty [i.e., Charles V] also hopes and does not doubt that when the princes and estates have heard and understood this response to the articles which up to this time have been disputed, that they will now come to agreement in these things as well as the other matters mentioned above. Thus, they will prove obedient to the Christian faith and the catholic and Roman church. For such action, his Imperial Majesty will be especially grateful, and he will bestow favor upon the princes and cities, individually and collectively, when an opportunity presents itself. However, if this generous and Christian admonition is ignored, then the Elector, princes, and cities should know that his Imperial Majesty has sufficient cause as Roman emperor and Christian king to act as a defender and advocate of the catholic and Christian faith. This office and the dictates of his conscience will determine his future course of action.”[1]

The document ends with this thinly veiled threat. Charles intends that this “generous and Christian admonition” will settle the religious disputes and promises that those who accept the Confutation will be rewarded. Any who reject it would, so the document claims, force Charles to defend the “catholic and Christian faith.” For all its mild tone, the Confutation states that those who reject it run the risk of Charles making war against them.[2] 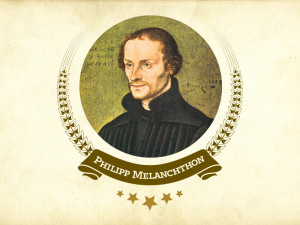 Instead, Melanchthon revised and expanded the response until April 1531, when the first edition of the Apology was published. Melanchthon continued to revise the work, asking for feedback from theologians including Martin Luther and Johannes Brenz. Melanchthon published a revised edition in September 1531 that incorporated their feedback. Both editions have had confessional standing in the Lutheran church.[4]

Melanchthon describes the context and occasion of the Apology in its Preface, and returns to the intent of the document at the end of the Apology. He concludes the Apology by making clear that the Lutherans were not willing to accept the Confutation or to submit to Roman ecclesial authorities commanding them to violate their consciences:

“This passage [Hebrews 13:17] requires obedience to the Gospel. It does not establish a dominion for the bishops apart from the Gospel. Neither should the bishops enact traditions contrary to the Gospel or interpret their traditions contrary to the Gospel. When they do this, obedience is prohibited, according to Galatians 1:9, ‘If anyone is preaching to you a gospel contrary to the one you received, let him be accursed.’…Therefore, they teach wicked things; they should not be heard. These are wicked things: human traditions are services of God, they are necessary services, and they merit the forgiveness of sins and eternal life. … For now, this is our response to the Confutation. Now we leave it to the discernment of all the godly whether the adversaries are right in bragging that they have actually, from the Scriptures, refuted our Confession.”[5]

Not only does this conclusion reject the idea that the Confutation was the final settlement, it also points to an underlying difference in the understanding of authority between Rome and the Lutherans. The different views of authority can be seen by looking at Article 22 in the Confutation and the Apology, taking up the question of communion in both kinds. The Confutation categorizes communing the laity under both kinds as an abuse and disobedience to the statutes and sanctions of the church. To establish this point, the Confutation cites scriptural passages that use the words “break bread” (but do not mention the wine) to name the Lord’s Supper, as well as the decisions of church councils. The Confutation calls on Lutheran princes to join in the practice of communing in one kind as so many other princes have before them—an argument from catholicity and common practice.[6] Melanchthon’s response begins not with church sanctions, but with Christ’s institution. Christ’s words ought not be set aside by man’s words. Christ’s ordinance remains the deciding evidence for Melanchthon, though he does mention some councils that support communion in both kinds. Melanchthon critiques the scriptural interpretation of the Confutation as wrong and even “silly.”[7] In this article the different stances toward authority are clear. Roman Catholic theologians place scripture, canon law, and tradition beside one another as authorities. Melanchthon elevates Scripture above other authorities, and uses Scripture to judge the traditions of the church.

The Apology is well worth the read; I encourage you to add the Apology to your summer reading list. As you read, it is helpful first to read the Confutation.[8] Begin with the introduction and conclusion of both the Confutation and the Apology. Having seen how the authors frame the debate, continue with the rest of the Confutation. This will give you a good perspective on the occasion for which the Apology was written, and prepare you for a careful reading of the Apology. You may find yourself marveling, as I do, that such clear doctrinal formulations arose out of the political power struggle of the 1530 Diet of Augsburg.

[3] After the Diet, by October of 1530, Melanchthon had obtained a copy of the Confutation. The Apology as we know it was accordingly revised with a copy of the Confutation at hand. See the “Editor’s Introduction” to the Apology in Robert Kolb, Timothy J. Wengert, and Charles P. Arand, eds., The Book of Concord: The Confessions of the Evangelical Lutheran Church (Minneapolis: Fortress Press, 2000), 106–107.

[8] Available in Kolb and Nestigen, Sources and Contexts.