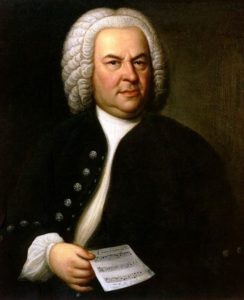 These four letters changed the course of music history.  A hundred volumes or more could and probably have been written on the famously musical Bach family.  In particular, thirty or more could be devoted to Johann Sebastian alone!  Never has there been or likely ever will be a performing or composing talent such as this most notable son who devoted nearly his entire professional musical life to service in the Lutheran Church.

The life and work of Bach is sandwiched between the Reformation and the current day.  In fact, if you were to determine the years spanning from the birth of Martin Luther (1483) to the death of Bach (1750) and the death of Bach to the current year, an equal split of 267 years is discovered.  This positioning allowed for Luther to have a profound impact on Bach and for the influence of Bach to continue to carry forward beyond our present day.

Bach’s connection and admiration of Luther stems from his childhood; in particular, his early education.  Born in 1685 in Eisenach in Thuringia, Bach spent three years at the Latin school that Luther had attended two centuries prior.  Due in part to Luther’s efforts, Bach was able to experience firsthand the fruits of Luther’s emphasis on the importance of a sound Christian education and sturdy theological foundation.  Bach was known to have several theological books and the Luther translation of the Bible that he owned contains many notes as written by the musical genius himself. 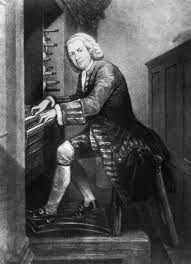 Although also a trained violinist and singer, Bach focused his professional career on playing the organ.  He served as organist at Arnstadt (1703-7) and Mühlhausen (1707-8); as court organist and later concertmaster in the chapel of the duke of Weimar (1708-17); and as music director at the court of a prince in Cöthen (1717-23).  The vast majority of his sacred and choral compositional output, including his well-known Cantatas and Passions, came during the years he served in Leipzig at the churches of St. Nicholas and St. Thomas (1723-50).

Bach’s known compositions number over 1,100 and cover all musical genres of his day with the exception of opera.  Writing primarily to fulfill the needs of the various positions he held, he not only incorporated all the styles and forms available, but developed unsuspected potentialities of each with technical perfection of every detail.  Little of Bach’s music was published during his lifetime while the rest remained in handwritten copies.  The temporal neglect of his music can be attributed to a new style emanating from the opera houses in Italy rendering Bach’s style ‘old-fashioned.’  A rediscovery of his music in the early nineteenth century cemented his place in the history of western music for good.

As we rejoice in the occasion of the 500th anniversary of the Reformation, let us also rejoice in the contributions and influence of J.S. Bach, in the way that Luther and Bach would have you rejoice; giving all glory to God for His many blessings!  Bach famously signed his manuscripts with this very sentiment—S.D.G. (Soli Deo Gloria)—“To God alone be the glory.”

“The aim and final end of all music should be none other than the glory of God and the refreshment of the soul.”