The years leading up to October 31, 1517 were essential to understanding Martin Luther’s motivation and the purpose of the Reformation. In 1513, as a brand-new professor at the University of Wittenberg, Luther lectured on the Psalms. He then lectured on St. Paul’s epistles to the Romans and Galatians from 1515 to 1517. While Luther studied and taught the Scriptures he wrestled mightily with the established dogma of the church concerning grace and faith. In what is sometimes called his “Damascus Road” or “Tower Experience,” Luther had his Reformation breakthrough and discovery.[1]

Later in life, in 1545, Luther described this experience: “I had already for years read and taught the Holy Scriptures both privately and publicly. I knew most of the Scriptures by heart and, furthermore, had eaten the first fruits of knowledge of, and faith in, Christ, namely, that we are justified not by works, but by faith in Christ.” [2] It’s not as though the church in Luther’s day had never read the Book of Romans and Paul’s ardent statements regarding justification by faith alone. The prevailing teaching of the Church was “infused grace,” or the grace God puts in the sinner so that he might become righteous. The Christian life and faith was thus heavily focused upon obedience and behavior; it was a “gradual healing process” in which the sinner “starts to become” righteous as “God creates a new will in man so that he begins to fulfill the Law.” [3] In other words, they held that Christ and the grace of God make salvation a possibility for the believer. At the final judgment God will decide if the Christian has used and done justice to God’s gift of grace.[4]

Luther struggled with the biblical phrase “the righteousness of God.” He wrote, “Nevertheless, in spite of the ardor of my heart I was hindered by the unique word in the first chapter (of Romans): ‘the righteousness of God is revealed in it.’ I hated the word ‘righteousness of God,’ because in accordance with the usage and custom of the doctors I had been taught to understand it philosophically as meaning, as they put it, the formal or active righteousness according to which God is righteous and punishes sinners and the unjust. As a monk I led an irreproachable life. Nevertheless I felt that I was a sinner before God. My conscience was restless, and I could not depend on God being propitiated by my satisfactions. Not only did I not love, but I actually hated the righteous God who punishes sinners…Thus a furious battle raged within my perplexed conscience, but meanwhile I was knocking at the door of this particular Pauline passage, earnestly seeking to know the mind of the great apostle. Day and night I tried to meditate upon the significance of these words: ‘The righteousness of God is revealed in it, as it is written: The righteous shall live by faith.’”[5]

After years of much prayer, meditation, and struggle, Luther discovered the true meaning of God’s Word: “Then finally God had mercy on me, and I began to understand that the righteousness of God is a gift of God by which a righteous man lives, namely faith, and that sentence: The righteousness of God is revealed in the Gospel, is passive, indicating that the merciful God justifies us by faith, as it is written: ‘The righteous shall live by faith.’ Now I felt as though I had been reborn altogether and had entered Paradise. In the same moment the face of the whole of Scripture became apparent to me. My mind ran through the Scriptures, as far as I was able to recollect them, seeking analogies in other phrases, such as the work of God, by which He makes us strong, the wisdom of God, by which He makes us wise, the strength of God, the salvation of God, the glory of God. Just as intensely as I had now hated the expression ‘the righteousness of God,’ I now lovingly praised this most pleasant word. This passage from Paul became to me the very gate to Paradise.” [6]

Luther’s discovery was that he now no longer needed to look to his own works, behavior, or obedience to determine his standing before God. He discovered that the believer had the full righteousness of Christ, who fulfilled the Law, already now—not maybe or later—by faith. For peace of conscience, rather than looking to his own active goodness and holiness spurred on by “infused grace,” he could rest confident in the declaration of God that the sinner is righteous because He is covered in the righteousness of Christ.

All along the Scriptures clearly stated that man is justified and saved through faith in Christ and not by works. However the prevailing understanding of the day was that God’s grace merely gave man the ability to become righteous before God and faith was the active work of the believer who improved and progressed in his standing before God by his obedience and behavior. Luther’s breakthrough was that God justifies the sinner not by giving him the ability to become righteous but by crediting the holiness, obedience, and goodness of Christ to him as righteousness. “Justification is not a change in man but the gracious declaration of God by which He pronounces righteous the sinner who in himself is not righteous.”[7] 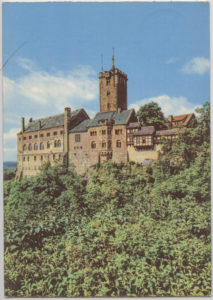 In his Table Talk, Luther attributed his Reformation breakthrough to the Holy Spirit alone: “These words ‘righteous’ and ‘righteousness of God’ struck my conscience as flashes of lightning, frightening me each time I heard them: if God is righteous, he punishes. But by the grace of God, as I once meditated upon these words in the tower: ‘The righteous shall live by faith’ and ‘the righteousness of God,’ there suddenly came into my mind the thought that if we as righteous are to live by faith, and if the righteousness of faith is to be for salvation to everyone who believes, then it is not our merit, but the mercy of God. Thus my soul was refreshed, for it was the righteousness of God by which we are justified and saved through Christ. These words became more pleasant to me. Through this word the Holy Spirit enlightened me in the tower.”[8]