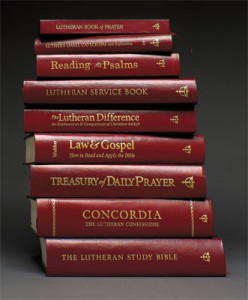 A number of pastors have asked for suggestions for recent books on Luther as we are now into the 500th anniversary of the Reformation. What follows is my suggestions for books that would be valuable in a congregational library and for reading by interested laity. Several of these books would serve well as the basis for an adult Christian education class. Those marked with an * fit that category.

Luther the Reformer: The Story of the Man and his Career* by James M. Kittelson and Hans H. Wiersma (Fortress, 2016) is an accessible and informative account of Luther’s life and career. The narrative moves at a good pace but does justice to the Reformer’s personality and the critical episodes of his life. Shorter but given to a pointed engagement of Luther’s theology is the fine little book by Steven Paulson, A Brief Introduction to Martin Luther* (Westminster/John Knox, 2017). Paulson is a sparkling writer and he presents a lively summary of the Reformer’s theology. Also compact but helpful is Thomas Kaufmann’s A Short Life of Martin Luther*(Eerdmans, 2016).  More comprehensive is Martin Luther: Visionary and Reformer by Scott Hendrix (Yale University Press, 2015). Not really a biography, but an interesting look at Luther’s career in light of its impact on the publishing industry is Andrew Pedigree’s Brand Luther (Penguin Press, 2015). The Early Luther: Stages in a Reformation Reorientation by Berndt Hamm (Eerdmans, 2014) traces both the continuity and discontinuity of Luther’s early thought with medieval thought. True Faith in the True God: An Introduction to Luther’s Life and Thought by Hans Schwarz (Fortress, 2015) is a topical approach to Luther with chapters on such items as Luther on marriage and the family, Luther on music, Luther on economics and so forth. More in depth topical treatments are two books edited by Timothy Wengert, Harvesting Martin Luther’s Reflections on Theology, Ethics, and the Church (Eerdmans, 2004) and The Pastoral Luther: Essays on Martin Luther’s Practical Theology (Eerdmans, 2009).

The best single volume summaries of Luther’s theology are Martin Luther’s Theology: A Contemporary Interpretation by Oswald Bayer (Eerdmans, 2008) and Robert Kolb’s Martin Luther Confessor of the Faith (Oxford, 2009). Bayer’s book has the advantage of using Luther’s catechetical outline as way of viewing the coherence of Luther’s teaching while Kolb goes a bit deeper into historical development. There is also the impressive new study by Kolb of how Luther and his Wittenberg team understood the Holy Scriptures and preaching, Martin Luther and the Enduring Word of God (Baker Academic, 2016). Shorter recent books by Kolb also include Luther and the Stories of God *(Baker Academic, 2012) and his book with Charles Arand, The Genius of Luther’s Theology* (Baker Academic, 2008).

There are several relatively new books that deal with different aspects of Luther’s life and work. From the perspective of Luther’s care of souls there is Martin Luther-Preacher of the Cross: A Study of Luther’s Pastoral Theology* by John T. Pless (Concordia, 2013) as this book deals with how Luther counseled the sick, the dying, the grieving, prisoners, married couples, the anxious, and people in various callings. Stephen Pietsch’s Of Good Counsel: Martin Luther’s Letters to the Depressed and Their Significance for Pastoral Care Today (ATF Theology, 2016) looks at Luther’s strategies for dealing with depression. Dennis Ngien’s Fruit for the Soul: Luther on the Lament Psalms* (Fortress, 2015) provides insight here too. Praying Luther’s Catechism* by John T. Pless (Concordia, 2016) is a study of Luther’s theology and practice of prayer from the perspective of the Small Catechism. A free, downloadable study guide on this book is available from the Concordia Publishing House website as well. The Righteousness of Faith According to Luther* by Hans Joachim Iwand (Wipf and Stock, 2008) is a fine study of Luther’s on the doctrine of justification and the necessity of the distinction of the law from the gospel. Carl Trueman’s Luther and the Christian Life* (Crossways, 2015) is solid study of Luther’s understanding of the cross and freedom in the life of the Christian. Gerhard Forde’s The Captivation of the Will: Luther vs Erasmus on Freedom and Bondage (Eerdmans, 2005) is a brief but finely-tuned and bracing commentary on one of Luther’s most important works The Bondage of the Will. A helpful study of Luther’s doctrine of vocation is Mark Tranvik’s Martin Luther and the Called Life* (Fortress, 2016). Australian scholar, Michael Lockwood, explores Luther’s teaching on the First Commandment in The Unholy Trinity: Martin Luther Against the Idol of Me Myself, and I* (Concordia, 2016). The five-volume set by Albrecht Peters, Commentary on Luther’s Catechism (Concordia, 2009-2013) is a magisterial study of Luther’s catechisms and a “must have” for Lutheran pastors.

Those looking for daily devotional readings from Luther will be well served by Athina Lexutt’s A Year with Luther: From the Great Reformer for Our Times (ATF Theology, 2016).  Good reverence works for the study of Luther are The Oxford Handbook of Martin Luther’s Theology edited by Robert Kolb et al (Oxford, 2014) and  A Dictionary of Luther and the Lutheran Traditions edited by Timothy Wengert et al (Baker Academic, 2017).

Concordia Publishing House continues to publish volumes in the extension of the American Edition of Luther’s Works, the most recent being Volume 79: Church Postils V. Fortress Press is in the process of releasing a nicely done six volume set, The Annotated Luther. Enriched with Reformation art, spacious margins for note-taking, concise historical introductions and generally insightful commentaries this set will contain core Luther texts. Four of the six volumes are now available.

Note: This article was first published in LOGIA. Read it here: https://logia.org/logia-online/reformation-reading-by-pless2017