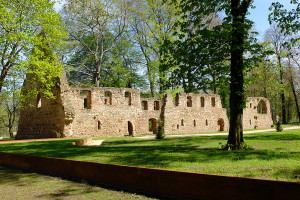 “Chapters and Cloisters? – yawn! What’s that got anything to do with the Lutheran confession?” Well, it must have something to do with it because Luther included it in his personal and ‘last’ confession![i] But, perhaps the question would be better asked, “Chapters and cloisters? – what’s that got to do with the Gospel!”  Ah! There’s the question. To understand why Luther included this article in his ‘last confession’, we ought consider its place in the Smalcald Articles. Context is key!

Recall that the “Second Part” of the Smalcald Articles are specifically “The Articles That Refer to the Office and Work of Jesus Christ; That Is, Our Redemption.” And those articles begin with “I. The Chief Article” (justification by grace through faith in Jesus). But, if Article I says everything needed for our Redemption, then articles II, III, and IV are included by Luther as those things which attack and undermine the Chief Article. In Article II, as we saw last time, Luther laid out a thorough prosecution against the Roman Mass, which “directly and powerfully conflicts with this chief article.” Now, in article III, he confesses how dangerous the monastic life was to him and to all ensnared by its promises of “grace through holy living;” through such fictitious promises, the chief article is again maligned and Christ robbed of his glory as the Savior. So, let’s consider this brief article:

Though only two paragraphs, we can glean from the article not only the negative–Luther’s (proper) condemnation of ‘meritorious monastic life’–but also his very positive approval of education and learning for all godly, holy vocations. 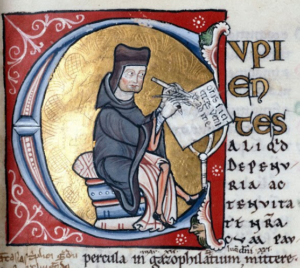 1. Read the first two sentences of paragraph 1: “Monastic chapters and cloisters were formerly founded with the good intention of educating learned men and virtuous women. They should be used for that again.”

Notice how Luther doesn’t simply seek to clean house of all imperfect systems, but to reform to usefulness the education of men and women. What do these first two sentences say regarding the following?

2. Luther’s view of men and women in society?

3. The Christian desire to learn about God’s creation?

4. The equally important vocations of church work and ‘secular’ vocations? (Read the following two sentences in the article!)

5. Our aspirations for and the godly purposes of our LCMS seminaries and universities?

6. Here’s a politically-incorrect issue for you: Notice the final line of the first paragraph, “[These institutions could also produce] well-educated young women for mothers, housekeepers, and such.”

Is this only applicable to Luther’s day? How can we Lutherans in the 21st century American culture promote as complementary (as opposed to contradictory) highly educated career-capable women and the godly desirability to have mothers caring for (and in some cases, homeschooling) children, family, and the home?

7. Suddenly, Luther’s tone changes: “If these institutions will not serve this purpose, it is better to abandon them or tear them down than have their blasphemous, humanly invented services regarded as something better than the ordinary Christian life and the offices and callings ordained by God.”

What do Luther’s words say about the destructive nature of merit-seeking works righteousness? That it immediately corrodes and corrupts good, godly institutions! What a travesty and constant danger! Yet, how do these words implicitly speak volumes about the godly beauty of daily vocations, none of which a Christian should be ashamed? Finally, by application, what is the forewarning for our Lutheran seminarians and universities, if they are to seek worldly glory rather than the truth of wisdom “ordained by God”?

8. Luther concludes the article this way, “This too is contrary to the chief article on the redemption through Jesus Christ. Like all other human inventions, these religious institutions have not been commanded. They are needless and useless. They are also occasions for dangerous <annoyances> and empty works.”

Be careful to read in context! Luther is not suggesting we rid ourselves of seminaries and universities. The problem is the “human inventions” of any status or life claiming to gain merit before God! Certainly, when a Christian starts believing he is more holy because of his association with a particular institution (whether monasticism or higher education), “this too is contrary to the chief article on the redemption through Jesus Christ.” Nevertheless, life in a chapter, cloister, seminary, or university is good and godly when lived in faith in the merits, righteousness, and sacrifice of Jesus. In that case, what a valuable and cherished opportunity to benefit from these institutions!

Far from a yawn, this little article on “Chapters and Cloisters” ought teach us well to cherish learning of God’s creation, education for life in his world and church, and the beauty and dignity of all daily vocations! God grant us to defend and enjoy the dignity of all vocations as they are lived out in faith in the chief article – Jesus Christ and him crucified for sinners!

[i] When Luther wrote the Smalcald Articles, he was gravely ill and thought himself dying. He believed this would be his final confession of the Faith: “I have decided to publish these articles in plain print in case I should die before there would be a council (as I fully expect and hope)…. If I do die, those who are alive and those who come after me will have my testimony and confession.” – Preface, 3