When asked to make a list of notable women of the reformation, it is not surprising that most of the lists people come up with look something like this:

If your list bears a similar resemblance to the one above, know that you are in good company.  Katie Luther, while arguably the most famous of the women of the Reformation, is not alone. She stands with many faithful women from the time of the Reformation who were called by God to various vocations in which they were able to serve the home, society, and church.  A brief look at a few of their stories shows the diversity of their backgrounds and how God used them in a variety of ways to bless His Church. 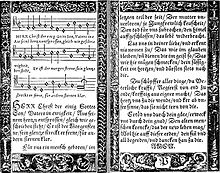 Elizabeth Cruciger, like Katie Luther, was a nun who converted to the Lutheran faith through the writings of Dr. Luther and escaped the convent to live with the Bugenhagens in Wittenberg. She has the distinct privilege of being known as the first female Lutheran hymn writer and poet. In addition to being a close friend of Katie Luther, it is believed that Elizabeth sat at Dr. Luther’s table talks in Wittenberg with her husband Caspar Cruciger, a theologian friend and colleague of Luther’s. Living in Wittenberg, hearing the pure preaching of God’s Word, and sitting at the feet of the Reformation’s foremost theologians, she was inspired to write the text to our beloved hymn, “The Only Son from Heaven” (LSB 402). 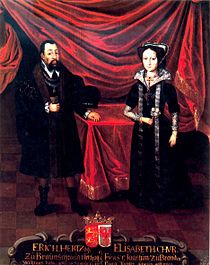 Another Elizabeth, Elizabeth of Brunswick, a daughter of German nobility, was married at a very young age to Eric I, Duke of Brunswick-Luneberg. She was introduced to Luther and his teachings by her mother and came to know him well through regular correspondence. Eventually she received the Eucharist in both kinds thus declaring her conversion to the Lutheran faith. Although her husband remained a part of the Roman Catholic Church, he did not oppose her conversion as her father had so harshly opposed her mother’s. Following Eric’s death Elizabeth ruled as regent for her young son in addition to having a rather significant wittum for herself as a result of their marriage. Her ruling power and influence were instrumental in the establishment of the Lutheran Church in Lower Saxony to this day. 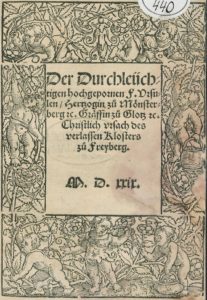 Ursula von Munsterberg was the granddaughter of the king of Bohemia. Like so many other noble families of that time period, they sent her to live in a convent following the death of her parents when she was very young. During her time there she was instrumental in having some of Luther’s writings smuggled in for the nuns to read. This led to many of them accepting the Lutheran “heresy” and leaving the convent and monastic life. Ursula took refuge in Luther’s home and found that her departure caused quite a bit of controversy due to her political influence. Many feared that her example and belief that salvation is by grace through faith alone would lead others to leave monasticism. Thanks be to God that they did! Unfortunately, other rumors also spread that she was encouraging others to godless living. In response she wrote a defense which was published and for which Luther provided an afterword to support.

Together these women were faithful in the unique vocations God had given them as women to live as His baptized daughters in Christ. They supported the Reformation and the Church by serving the Lord as faithful wives, daughters, mothers, benefactors, rulers, writers, and musicians. Like all the saints who have gone before us, we give thanks to God for these faithful women and the gifts they gave to the Church and we pray that the Lord would teach us to follow their examples of piety, service, generosity, faithfulness, and obedience to His Word.