Doctrinal controversy has a way of forcing the Church to clearly articulate what the Scriptures say. St. Paul writes, “there must be factions among you in order that those who are genuine among you may be recognized” (1 Cor. 11:19). After Luther’s death, there was no lack of doctrinal controversy among the Lutherans. There was the Adiaphoristic Controversy (whether some abolished ceremonies neither commanded nor forbidden in Scripture must be reestablished for the sake of peace), the Majoristic Controversy (whether good works are necessary for salvation), and the Synergistic Controversy (whether man contributes anything to his conversion). There was also the Flacian Controversy (whether original sin is the very essence of man’s nature or a very deep corruption of it) and the Osiandrian and Stancarian Controversies (whether our righteousness comes from God’s declaration that our sins are forgiven for Christ’s sake or if it is infused by Christ dwelling in us, causing us to be righteous and do righteous things).[1] The Antinomian Controversy (whether Christians need the preaching of God’s Law and whether there is a Third Use of the Law), the Crypto-Calvinistic Controversy (whether Christ’s body and blood are received orally under the bread and wine by all who partake or not),[2] and the controversy over Christ’s descent into hell all were fought within Lutheranism as well. In addition to these major controversies, there was trouble brewing over the teaching of predestination and what we can know about it according to the Scriptures and what we must leave to the hidden counsel of God in His divine wisdom.[3]

As these doctrinal controversies threatened to tear young Lutheranism apart, Elector August of Saxony called together some of the best Lutheran minds of the day to bring these controversies to a God-pleasing resolution. They met in May of 1576.  The theologians involved included the six primary authors of what would become the Formula of Concord: Jacob Andreae (1528-90), Martin Chemnitz (1522-86), Nicholas Selnecker (1528-92), David Chytraeus (1531-1600), Andrew Musculus (1514-81), and Christopher Cornerus (1518-94). These men wrestled with the pertinent Scripture passages, the writings of Luther and the Church Fathers, and the arguments made by the several sides of each controversy. This led to them formulating the biblical, orthodox, and distinctively Lutheran doctrine in twelve articles. The final product was the Konkordienformel, the Formula of Concord.

What is the Formula of Concord? 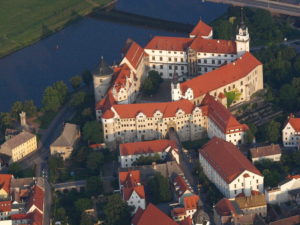 The Formula of Concord has two parts, the Epitome and the Solid Declaration. Together, these comprise the final document of the Book of Concord (1580), or the Confessions of the Evangelical Lutheran Church.

Originally, the authors met in the city of Torgau to bring together a couple of previous formulations—the  Swabian-Saxon Concord and the Maulbronn Formula—into a single document. The result was known as the Torgau Book. By request of Elector August, Jacob Andreae distilled the Torgau Book down into a more digestible summary. That summary is the Epitome of the Formula of Concord.

Based on comments received after circulation of the Epitome, Martin Chemnitz and Nicholas Selnecker met with Andreae at a monastery in Bergen (eventually joined by the other authors) to revise the original Torgau Book. The result was the Bergen Book, which came to be known as the Solid Declaration, “A Thorough, Pure, Correct, and Final REPETITION AND DECLARATION of Some Articles of the Augsburg Confession about Which, for Some Time, There Has Been Controversy among Some Theologians Who Subscribe to Them, Decided and Settled according to the Analogy of God’s Word and the Summary Contents of Our Christian Doctrine.”[4]

Why should I read the Formula of Concord? 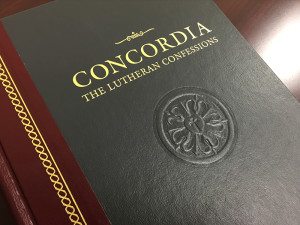 That was a lot of history. But the Formula of Concord is not just some dry historical document. It is useful for your own edification. Review some of the controversies that gave rise to Formula’s composition. These are still the questions we’re asking today. The Formula of Concord is a book of pastoral answers to the questions by which the devil still seeks to tear the Church asunder. These are the issues that make Lutheranism distinct from other denominations, and here they are addressed biblically and faithfully by our Lutheran fathers.

Each article begins with a clear statement of the controversy, followed by theses (i.e. affirmative statements about what we “believe, teach, and confess” on the basis of Holy Scripture) and antitheses (i.e. the positions we reject and condemn because they are not consistent with the teaching of Holy Scripture).

As you read through the articles and meditate on the Scripture passages in question, your own theological position and biblical conviction is strengthened. You begin to know why your Church teaches what she teaches, why you believe what you believe. The Formula of Concord leads you deeper into the doctrine of Christ and His salvation. Our fathers in the faith have bequeathed to us a marvelous heritage. We are the beneficiaries of their spiritual and theological struggles.

[2] This controversy also unmasked differences between Luther and Calvin on the Person of Christ.

[3] For a detailed account of these controversies and the attempt at resolution via the Forumla of Concord, read F. Bente, Historical Introductions to the Book of Concord (St. Louis: Concordia, 1965) pp. 102-256.  A very helpful introduction to the Formula of Concord may be found in Concordia: A Reader’s Edition of the Book of Concord, Paul Timothy McCain et al., Eds  (St. Louis: Concordia, 2005, 2006) pp. 443-472.  Also helpful is the Christian Cyclopedia, available online at http://cyclopedia.lcms.org .

[4] Subtitle of the Solid Declaration of the Formula of Concord, McCain, p. 503.