What was conversation like around the dining table in Martin and Katie Luther’s home? What was talked about? Was it always theology? In the Table Talks we’re given a glimpse into the table conversations and everyday life in Luther’s home, as well as a bit of Martin Luther’s personality.

Volume 54 of the American Edition of Luther’s Works is titled Table Talk. The Table Talks are a smattering of conversations written down by various guests at Luther’s table, which, over the years, were gathered together and published in various collections. This is the first installment of a quarterly look at some of what has been published as Table Talks, particularly in the above-mentioned Volume 54 of Luther’s Works.

The Table Talks consist of transcriptions of some of Luther’s discourse while at table, written down by various regular guests at his home. In the American Edition, nine different men who recorded Luther’s sayings are represented. The history of the Table Talks is well-described in an extensive introduction in this volume. In general, it’s important to note that these sayings of Luther are not accurate-to-the-word transcriptions of what Luther said. Unlike what a modern-day court reporter provides to the public record, or the replay-able recordings which technology allows us to accomplish in the classroom or at a speech, the Table Talks were made up of shorthand notes that later were fleshed out by the authors. Generally, they sought to convey accurately the full scope and meaning of what Luther had spoken.

However, the history of the publishing of these collections of Luther’s sayings throughout the years has not always retained that accuracy. The Introduction to Volume 54 documents some publications that greatly edited Luther’s comments to reflect the sensibilities of the editor – sometimes to the detriment of Luther’s original comments! However, between the editorial work on the American Edition and the Critical Edition of Luther’s Works, we now have a clearer view of exactly what is to be regarded as accurate to Luther versus other revivers. In scholarly terms, this means that the Table Talks ought to be read cautiously and carefully. 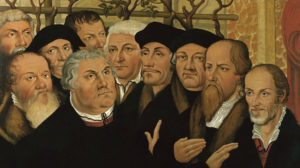 “In Luther’s household the day began at sunrise, and the principal meal of the day was eaten about ten o’clock in the morning. About five o’clock in the afternoon supper was served, and this meal was often shared by exiled clergymen, escaped nuns, government officials, visitors from abroad, and colleagues of Luther in the university who frequently stopped in, men like Philip Melanchthon, John Bugenhagen, and Justus Jonas. The relaxed atmosphere of the hospitable home was conducive to spirited conversation…

“Some of the men who listened to these conversations at table began to take notes. There was nothing strange about this. After all, the same persons were taking notes of Luther’s lectures and sermons, and they were interested in recording the opinions he expressed at table too. Not everything that was said was noted but only what interested one recorder or another.” (AE 54:ix-x)

One of the challenges of the Table Talks as presented in Volume 54 of the American Edition is that they are laid out according to the note taker, and then according to chronological order. For that reason, it can at times be a challenge to zero in on various recordings around a particular topic. Previous published editions of the Table Talks had sometimes organized the various sayings topically, but that of course introduces the voice of the editor to a greater or lesser degree.

For the sake of introduction, I’m including a few representative selections from the Table Talks here. This is not intended to portray any sort of thematic unity but instead to give a taste for the breadth of what is contained therein.

It Is Christ Who Absolves, Not the Minister

“This ought especially to be taught, that confession’s not made to man but to Christ. Likewise it isn’t man who absolves but Christ. But few understand this. Today I replied to the Bohemians, who insist that God alone remits sins and are offended by my little book on the keys. Wherefore one should teach that men make confession to Christ, and Christ absolves through the mouth of the minister, for the minister’s mouth is the mouth of Christ and the minister’s ear is the ear of Christ. It’s to the Word and the command that one should pay attention, not to the person. Christ sits there, Christ listens, Christ answers, not a man.” (AE 54:394)

Complaint of Dizziness and Ringing Ears

“Nobody believes me when I complain what great pain vertigo and the ringing and buzzing in my ears give me. I don’t dare read for an hour without interruption. I can’t pursue some thought to its manifest conclusion or think diligently about it. For at once the ringing is there and I’m forced to lie down.

“Itching purifies the body, which is also purified by defecation and sweating. Itching’s best suited to the health of the head. But I don’t want to find fault with my head. It has faithfully ventured into battle with me. It has deserved my best thanks.” (AE 54:189)

“One shouldn’t whip children too hard. My father once whipped me so severely that I ran away from him, and he was worried that he might not win me back again. I wouldn’t like to strike my little Hans very much, lest he should become shy and hate me. I know nothing that would give me greater sorrow. God acts like this [for he says], ‘I’ll chastise you, my children, but through another—through Satan or the world—but if you cry out and run to me, I’ll rescue you and raise you up again.’ For God doesn’t want us to hate him.” (AE 54:157) 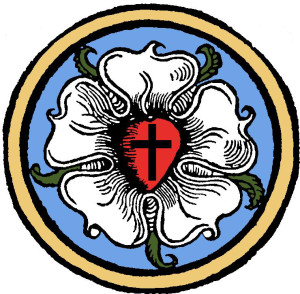